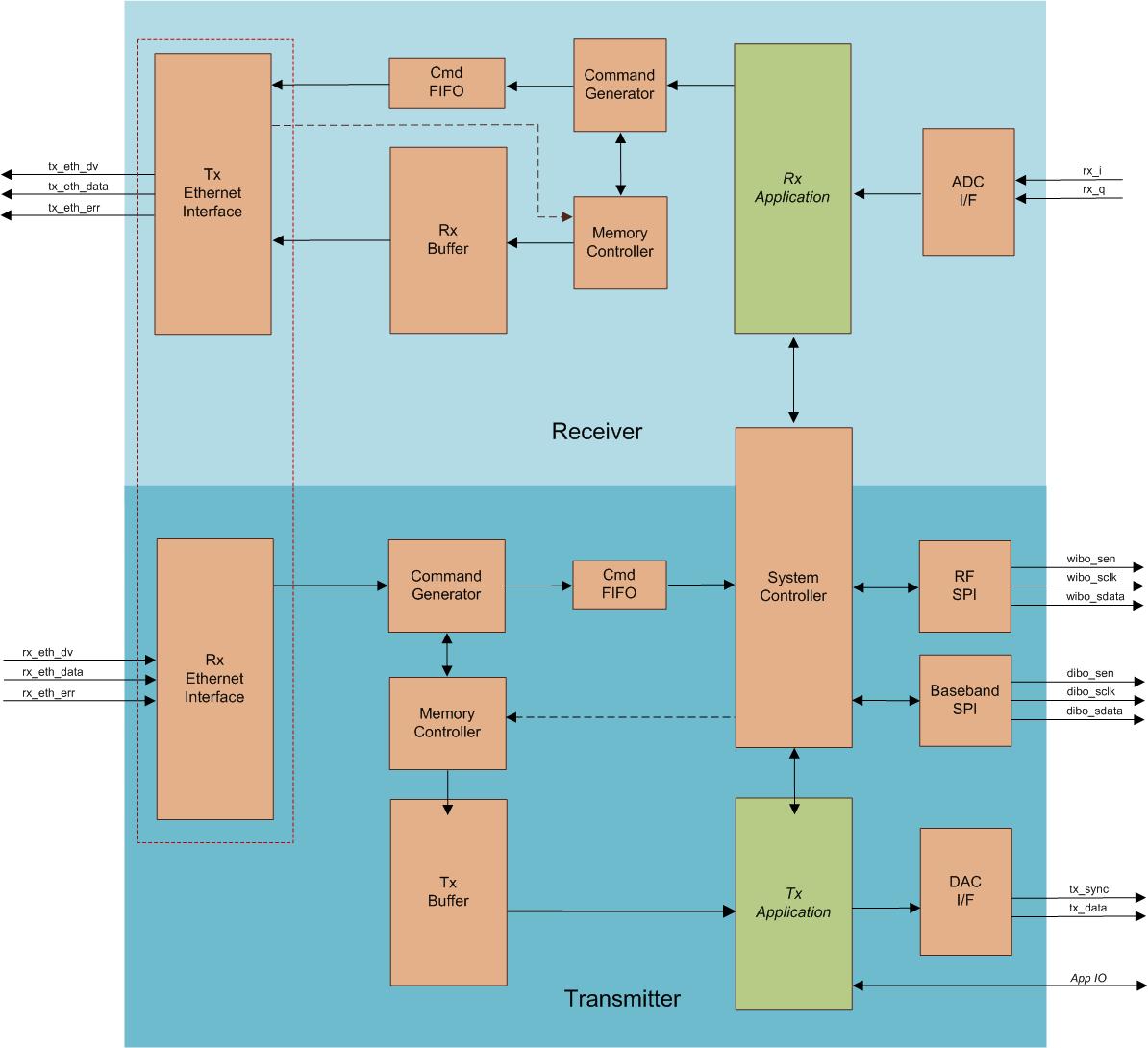 As seen in the Figure, the framework consist of three types of building blocks apart from the application:
a) basic blocks that are part of the CRKit firmware library and are essential for running any application on this platform - Ethernet interfaces, SPI, DAC and ADC interfaces,
b) framework specific blocks that are connecting other blocks and facilitating command based structure - System controller, Command generator, Memory controller, and
c) Xilinx blocks that are providing standard DSP and hardware functions - FIFOs and buffers. The most important blocks of the framework are: