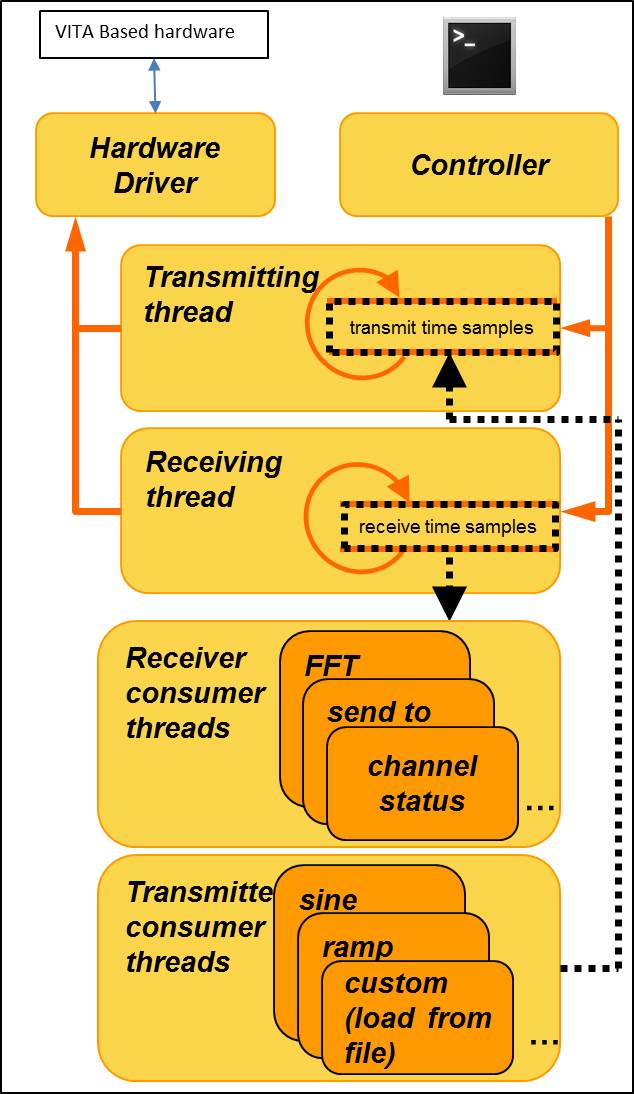 The commands may be entered in the command line or sent via TCP. The default port is 5123. The list of commands with their syntax:

set command is used to set values of the parameters. It's similar to "get", with the addition of the value at the end. Example:

"add" command is used to add a consumer to the transmitting or receiving module. Examples:

"scan" is a procedure that reads a script from a file, and then follows it to perform scanning of the spectrum by repeatedly adding the store_to_file consumer, and then deleting it when the work is done, for different values of receiving parameters. It has a single parameter: the file name from which the script is loaded. The input file is a textual file. The first line contains a single number N, the number of times the store_to_file will be run, followed by N lines containing 4 parameters each: central receiver frequency, receiver sampling rate, receiver gain and the required number of samples to be stored.